Children increasingly encounter social robots, for example at school, in hospitals or even at home. But there has hardly been any research as to whether children want to interact with social robots at all. This prompted communication scientist Chiara de Jong to study children’s acceptance of social robots. As it turns out, children rarely reject a robot before they interact with it or during the first two weeks of use. However, after this initial enthusiastic response, use of the robot declines strongly. 'That surprised us, because children do tend to gravitate towards other kinds of technology.'

'Social robots are increasingly being used for various purposes, including entertainment', De Jong explains. 'However, we didn't know whether children would actually accept them. We analysed a wide range of literature on the subject, which generally showed children's initial enthusiastic reaction to social robots. When we started monitoring children longitudinally, we found that use changed strongly after only two to four weeks.’

So what is a social robot? Social robots are physical objects that can interact with people. For example, they can ask questions or hold a conversation. They try to behave as humanly as possible: for example, they will move around a room and respond to speech.

De Jong started by developing a tool that could reliably measure acceptance. Next, she asked a group of 570 children aged eight and nine to try out a Cozmo robot at home. 'It's a commercial robot focused on games and entertainment and is available to consumers.’

82% of children indicated that they would be interested in using the robot at home. The rest wasn’t sure or immediately rejected the robot. 'Children's interest depended on whether they thought it would be fun to use this particular robot at home, how they thought their parents would react, and whether their friends would also use it. Their general enthusiasm towards robots was also important', De Jong explains. As it turned out, children's willingness to adopt the robot wasn't influenced by its ease of use or usefulness, or by their own level of self-efficacy.

Use declines rapidly over time

De Jong asked 321 children to take the social robot home for eight weeks. 'They were free to either use it or not. We collected usage data from the robot itself and questionnaires to determine whether they used the robot and what they thought of it.

As it turned out, the children were very enthusiastic at the start. 'Most of them used the robot for the first two weeks', De Jong explains. ‘But after just two weeks use started to decline rapidly.’ Nearly 30% of the children used the robot consistently during those eight weeks. The vast majority stopped using the robot after those two weeks, or only used it every few weeks. 'Children's acceptance of robots has a lot of parallels with their normal playing practices. They can be interested in something one minute and lose interest the next.'

Competition of other toys proved to be a major factor

This sharp decline after the initial enthusiasm surprised De Jong, 'because children do gravitate towards other kinds of technology, like games and tablets'. This decline didn't seem to be caused by the fact that the novelty had worn off or that the robot didn't live up to expectations. Especially the competition of other toys and devices and a lack of motivation to use the robot were relevant in explaining non-acceptance.

The future development of social robots

'Current social robots for domestic use seem to partly fail to maintain children’s interest, at least compared to what we expected', De Jong concludes. De Jong recommends future studies to especially focus on the use of social robots over an extended period of time. 'After all, we now know you can't expect that initial enthusiasm to last.'

Children's perspectives are also important. We need to find out what interests them and what they feel is still lacking in current robots. 'The social aspect of robots and the fun you can have interacting with them were important factors in terms of the kids' motivation to use them at home. After all, children expect a robot to be fun.' Finally, De Jong suggests also involving the child's environment more closely. 'Children also care about what their parents and friends think and do.'

Financing: This research project was funded by the European Research Council through a grant awarded to Prof. J. Peter.

Tuesday, 12 July, 12:00, Agnietenkapel in Amsterdam. The event will also be broadcast via livestream 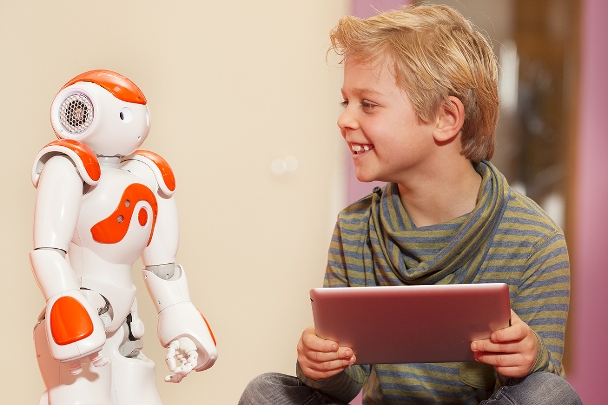 In the future, humans will come into contact more and more frequently with ‘social robots’ – robots designed specifically for interactions with people. Children are increasingly likely to encounter such robots in ... 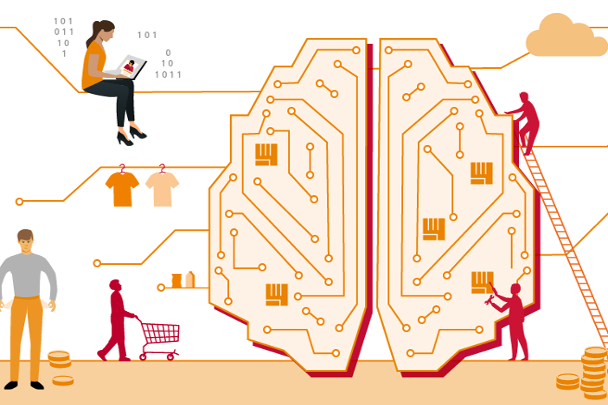 The platform 'Citizens, Society and Artificial Intelligence (CiSAI)' unites social and behavioural science researchers who analyse the effects of AI on societal dynamics and on the lives of individual citizens.

The UvA website uses cookies and similar technologies to ensure the basic functionality of the site and for statistical and optimisation purposes. It also uses cookies to display content such as YouTube videos and for marketing purposes. This last category consists of tracking cookies: these make it possible for your online behaviour to be tracked. You consent to this by clicking on Accept. Also read our Privacy statement

Cookies that make it possible to track visitors and show them personalised adverts. These are used by third-party advertisers to gather data about online behaviour. To watch Youtube videos you need to enable this category.